Give Me Sweet Freedom or Give Me... 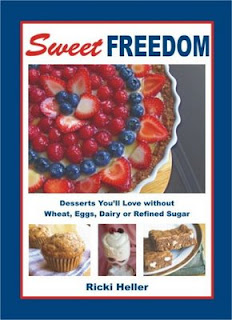 Last fall, I was one of the fortunate few chosen to test recipes for Ricki Heller's Sweet Freedom, a cookbook dedicated to vegan desserts and sweet treats that are also free of wheat and refined sugar. As a holistic nutritionist, whole foods chef, and vegan with a self-proclaimed sweet tooth, Ricki has an extraordinary vision and palate for creating delicious food that is also healthful. Many of the recipes found in the cookbook are those she felt she must share after closing the doors of her bakery, Bake It Healthy, lest the world be completely without her spectacular treats.

As I'm a naturally curious person, I had a plethora of questions for the wonderful Ricki, who I've had the opportunity to get to know better through the recipe-testing process. She graciously agreed to answer them for me and, of course, for you. 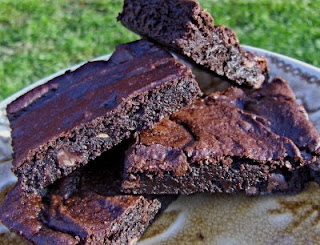 1. After so many years as a conventional baker, how did you manage the transition, and how difficult was it?

Learning to bake all my favorite desserts without the usual
all-purpose wheat flour, eggs, butter, or milk was a huge challenge at
first. I went through a lot of experimentation and many, many flops.
But once I got a feel for the “new” ingredients, I was able to convert
pretty much any of my older recipes (there’s a chapter in the book
devoted to ingredients and conversions). After that, it was a natural
step to begin creating my own, original, recipes.

2. How do you know what substitutions to use in alternative baking?

I began by checking the types of substitutions used by other vegan
bakers, whom I consider the experts in replacing eggs and dairy in
baking. Once you know the basics, it's not that difficult to transfer
this information to pretty much any recipe. I talk about different
ingredients I use and how to substitute in Chapter Two of the
cookbook.

3. Which recipe was tested the most?

By far, the whipped cream is the most-tested recipe; I went through at
least 60 attempts before I hit on the one I liked. I had a version on
my blog that worked, but was really, really time-consuming and fussy.
I streamlined the process for the cookbook and created something
almost identical to the blog version with less time and effort. So
far, it’s always been a hit with anyone who tries it, whether or not
they normally eat dairy.

4. Are your desserts low-fat?

While many of the desserts would be considered low-fat, that is not
the aim of Sweet Freedom. My goal was to create healthier desserts
that contained real, whole, unprocessed and all-natural ingredients.
Without eggs, dairy, or refined sugar, they are also lower in allergens
than most desserts out there. As a result, the desserts in Sweet
Freedom actually provide nutrition as well as great taste! 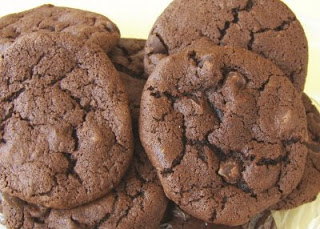 5. What was your favorite childhood treat? Have you successfully veganized it and, if so, is the recipe in the book?

My favorite childhood treat was always chocolate--a big piece of milk
chocolate, all on its own, was one of the things I loved the most. In
a way, I've veganized it, because a sizable number of the recipes in
the book feature chocolate! My favorite is probably the fudgy brownie
or the Chocolate Mint Chocolate Chip cookies. I also love the
Chocolate Buttercream frosting, though, which does remind me of milk
chocolate!

6. Is there a favorite non-vegan recipe that you've been working on veganizing and perfecting, but haven't quite achieved yet? If so, what is it?

Yes, I've been working on an eggy souffle. I know there's an
abundance of vegan souffles out there, from cheezy to spinach, but I
want to make one that's similar to a plain egg souffle--slightly
sweet, light, airy. I'm still working on it!

7. Have you started writing recipes for a second sweets book?

Yes, believe it or not, I have. I've been on a special detox diet for
a few weeks now and have been experimenting with some grain-free
goodies. Even before this diet, though, I had started playing around
with gluten-free baking and have really enjoyed it. I've got a few
recipes already set aside. [Ooh, I hope I get to be a recipe-tester for this book, too!]

8. Are you considering writing a cookbook of savory recipes?

I hadn't thought of it, but I certainly wouldn't rule it out!

9. You seem so open about sharing your stories. Do you have any reservations about revealing details of your life to your blog readers?

This is an interesting question. When I write my blog, I do realize
that others read it, and I am aware of how much I put out there. I
suppose that after 20 years of teaching at the college level, I'm
pretty comfortable sharing anecdotes about my life. We all have a
public and a private persona; as someone on a reality show (I think it
was Tori Spelling, forgive me!) said, "I don't feel that I'm sharing
too much of my life because even though the cameras are here with us,
they aren't really capturing every single aspect of our lives; we
still have private moments when the crew is gone, or if we tell them
to stop filming." Similarly, I don't post private conversations,
secrets, or intimacies between me and my partner, for instance (and I
do try to protect others in my life by using pseudonyms for everyone
else). I'd say I'm pretty comfortable with the level of information I
reveal.

10. You've brightened the lives of children with allergies by baking allergen-free birthday cakes for them. What was the most memorable cake you baked for a child who'd never before had a birthday cake?

It was a chocolate layer cake with a bouquet of spring flowers made
from frosting. This little girl was seven years old and had never
tasted real cake! She had a strong sensitivity to sugar, couldn't eat
wheat, and was lactose intolerant. Mine was the first cake she'd ever
had and she was absolutely thrilled with it. Her mother called me up
after the birthday party and told me how her daughter had squealed
with delight; the mother had cried with joy to see her daughter so
happy! My heart just swelled. 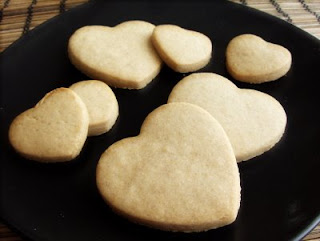 11. Which of the book's recipes are ACD-friendly?

It would depend on which phase of the Anti-Candida Diet someone was
on. During the first (most stringent) phase, no sweeteners or fruits
are allowed, so most of the desserts would be eliminated. But in the
later phases, cookies such as the Pecan Coconut Chews, Easiest Almond
Cookies, or even the Sugar-Free Sugar Cookies would work well.

I was vegan for many years during university, after which I became ill
and was told to change my diet to bring back animal products for
health reasons. Once I felt better, I naturally gravitated back
toward a vegan diet, this time with my knowledge as a holistic
nutritionist. I eat vegan because it's my personal taste preferance
and because I feel best eating this way. I've been eating this way now
for about 10 years.

13. What is your go-to recipe to make for a vegan food-resistant omnivore?

Any time I'm dealing with a skeptic, I pull out a batch of the Ultra
Fudgy Browies or the Butterscotch Blondies with Chocolate Chips--both
are always a hit.

14. Has anyone ever approached you months or years after taking one of your nutrition/cooking courses to tell you that your teaching changed their life?

Actually, this has happened a few times. One of my first cooking
class participants was a woman who'd been going through chemotherapy
for breast cancer. She had had to radically alter her eating habits
and was very keen to learn how to eat healthier foods; she signed up
for every course that season (about 12 in all). About a year later,
she contacted me to visit the new holistic health center she'd started
with another cancer survivor. She had completely changed her life.
It was thrilling to see the transformation in her!

Another participant who'd been suffering from a plethora of symptoms
came to two or three classes and really enjoyed them. She asked me a
lot of questions about how I'd come to be where I was, how I got
involved in nutrition, and so on. The following year, she quit her
job and went to study nutrition at the same school I'd been to. She's
healed herself completely and now practices in a private clinic here
in Toronto.

As soon as is humanly possible!! Maybe I could combine it with a book
signing. . . ;) 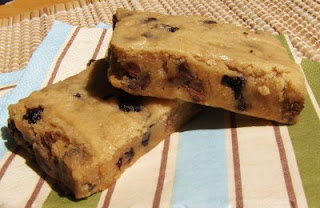 Sweet Freedom is now available for purchase here and on Amazon. It will quickly become one of your favorites, so please add it to your cookbook collection as soon as possible (and please write an Amazon review after you do)!

P.S. All photos in this post were borrowed, with permission, from the Sweet Freedom blog.
Posted by Jenni (aka Vegyogini) at 8:04 PM

Vegyogini,
Thank you so much for a wonderful interview! It was so much fun "chatting" with you! And thanks for the generous comments about the book. And, um, YES, I will definitely be looking for other testers for that second book--!! ;)

Damn...looks like I'd be Sweetly Imprisoned with too many good recipes to make ;)

And yes, you know me. I try to hide at least one sexual innuendo in every recipe I post.

Looks like a great book to have, even if you aren't a celiac!