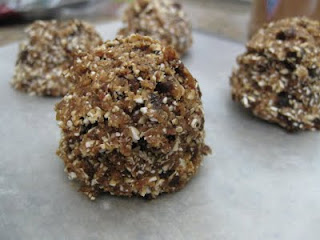 I've been quite raw food curious lately, reading multiple high-raw blogs and raw cookbooks. Like many of you, I eat a lot of raw fruits and veggies naturally as part of my daily diet, but that's different than the raw food cuisine that we would see at a dedicated raw food restaurant or in the kitchen of a raw foodist. I don't own a dehydrator or a high-speed blender (yet), nor do I have a spiralizer or juicer, which makes it difficult to replicate some of the recipes in raw cookbooks or blogs. However, not all raw recipes require expensive equipment or extensive preparation.

Case in point, the generous Da Capo Press folks recently sent me a copy of Ani Phyo's Ani's Raw Food Desserts. There are recipes for people of all levels, speaking raw food preparation-wise, from Fleur de Sel Kissed Watermelon (literally, watermelon sprinkled with course sea salt) to raw vegan Tiramisu. I chose to make three different recipes for brunch today that suited my current kitchen equipment and that called for neither added oil nor nuts in order to keep them low fat.

My favorite of the three was the Oatmeal Raisin Cookies pictured above. I didn't need anything more than my trusty food processor and a cookie cutter (I used a cookie scoop, which I don't recommend because the stiff cookie "dough" pulled the inner sweeping arm of my cookie scoop out of position and I can't get it go go back) and the most exotic ingredient is Medjool dates (pricey, but easy to find). These are perfectly cinnamon-y, not too sweet, and I like the chewy texture that comes from pulverizing oats and dates. Although I wish Ani had been more specific about how small to process the raw oats, this recipe was so easy. All told, I believe these took about 15 minutes to make. 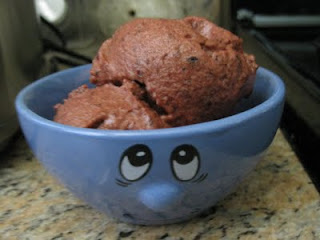 Since it's still very hot in my area (yesterday clocked in at 109*F), a frozen dessert seemed appropriate. I made the Cherry Malt Chip Blizzards, accepting the option of using my fabulous ice cream maker (the only other equipment was the food processor). I was happy that this recipe gave me a reason to use carob powder, as I love carob, and I've always been a fan of cherry and chocolate together in desserts. The carob really shines in this recipe, as do the ultra-crunchy cacao nibs (leave them out if you feel they're too expensive), but the cherry flavor is pretty much absent, which is a bit disappointing. I thought this tasted better after a little time in the freezer. Using the ice cream maker, this turned out like a really creamy sorbet and was worth the extra step. 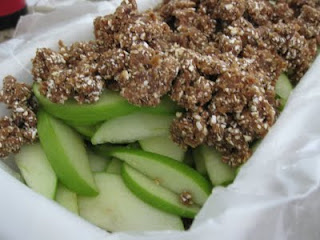 The Country-Style Apple Oat Cobbler was the most hands-on time-consuming recipe of the bunch, but only because I had to slice three apples. Otherwise, it was quite quick and easy. The cobbler crust is really just the Oatmeal Raisin Cookies minus the raisins and tastes great with the crisp green apples (I chose green apples, but Ani doesn't specify in the recipe). I'd recommend eating this right away because the apples soften significantly when the dish is left in the fridge and they give off liquid that makes the bottom layer of cobbler crust a bit soggy (I'd eliminate the bottom layer of crust completely next time). Also, Ani calls for tossing the apples in a mixture of agave and vanilla and I think she overestimated the amount of liquid because I was left with close to 1/4 cup of excess. This cobbler is good; I just feel it needs a couple tweaks.

Ani's Raw Food Desserts is an aesthetically cute book with many pretty photos and a nice assortment of recipes. I will definitely return to it and already have a request for an invitation next time I whip up one of the recipes!

P.S. I will be participating in the Vegan Month of Food (VeganMoFo) again this year (see all of November 2007 and all of October 2008 for my previous VeganMoFo posts). It starts on October 1 and you can find more info on Kittee's blog.
Posted by Jenni (aka Vegyogini) at 10:30 PM 9 comments: 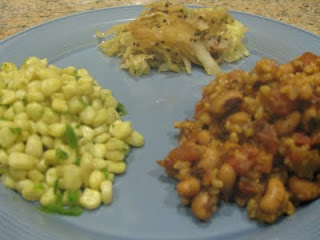 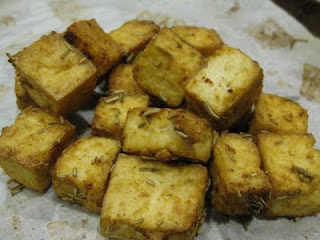 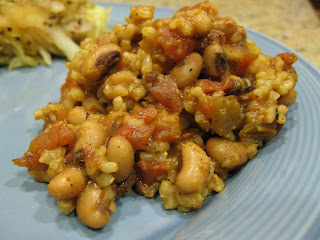 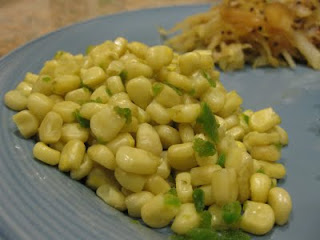 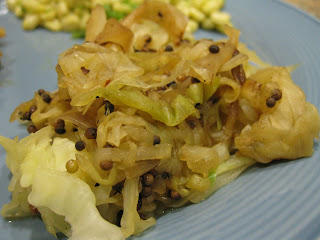 I'm very grateful to Da Capo Press for sending me cookbook and for publishing so many wonderful vegan cookbooks! Of the 13 vegan cookbooks they currently have listed on their site, I own 9, making it pretty obvious that they know what they're doing. I'm sure we have a lot to look forward to in the future from their presses.
Posted by Jenni (aka Vegyogini) at 8:24 PM 7 comments: