Crossroads has been a hot spot in Los Angeles since the initial rumors.  It all started a couple years ago with talk of Ellen Degeneres and Portia de Rossi opening a vegan restaurant on Ventura Boulevard with superstar vegan chef Tal Ronnen and part of the team behind the former Ohio restaurant, Vegiterranean.  Those plans evolved into Chef Tal opening the chic West Hollywood Crossroads location this past March. 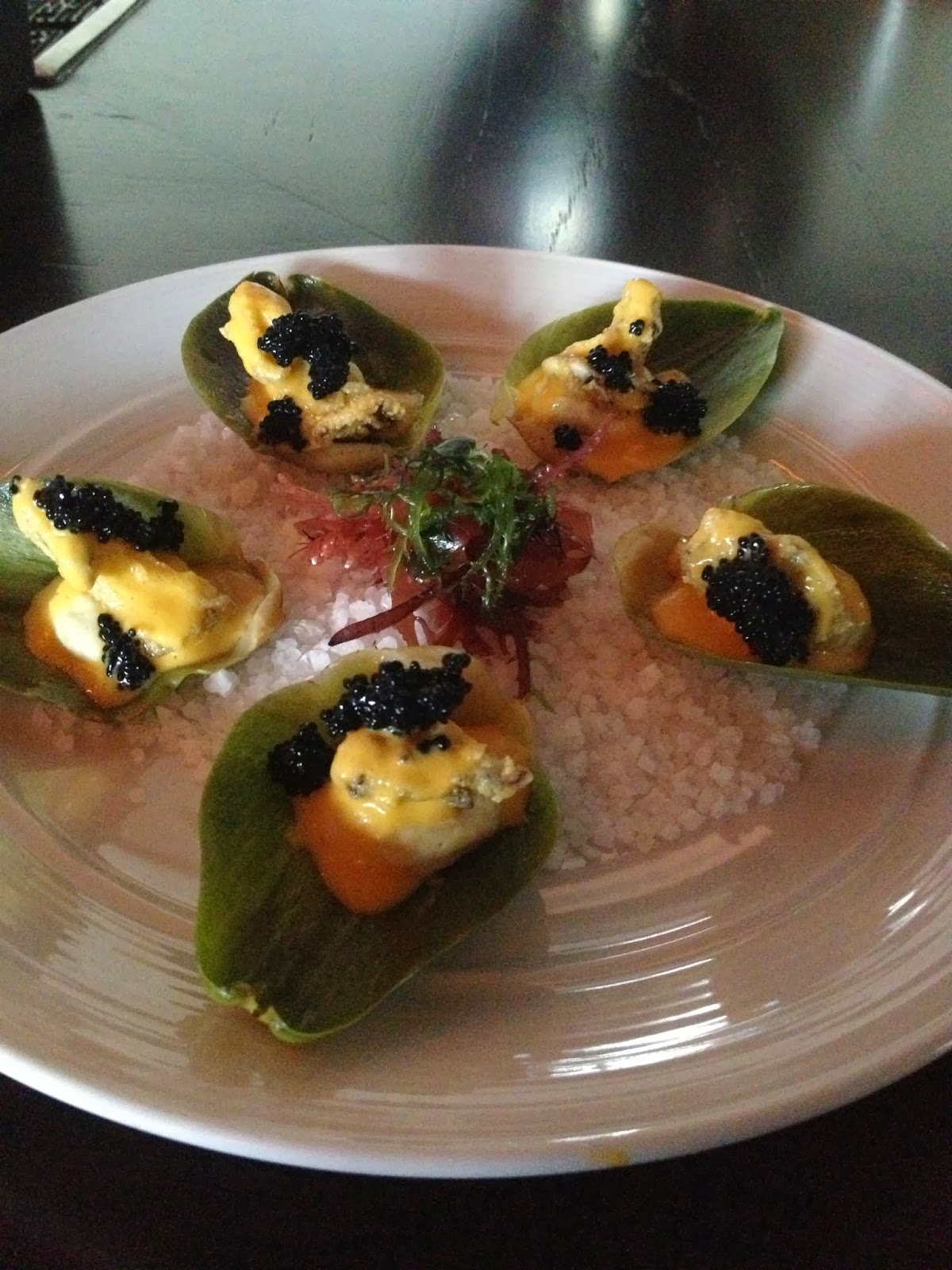 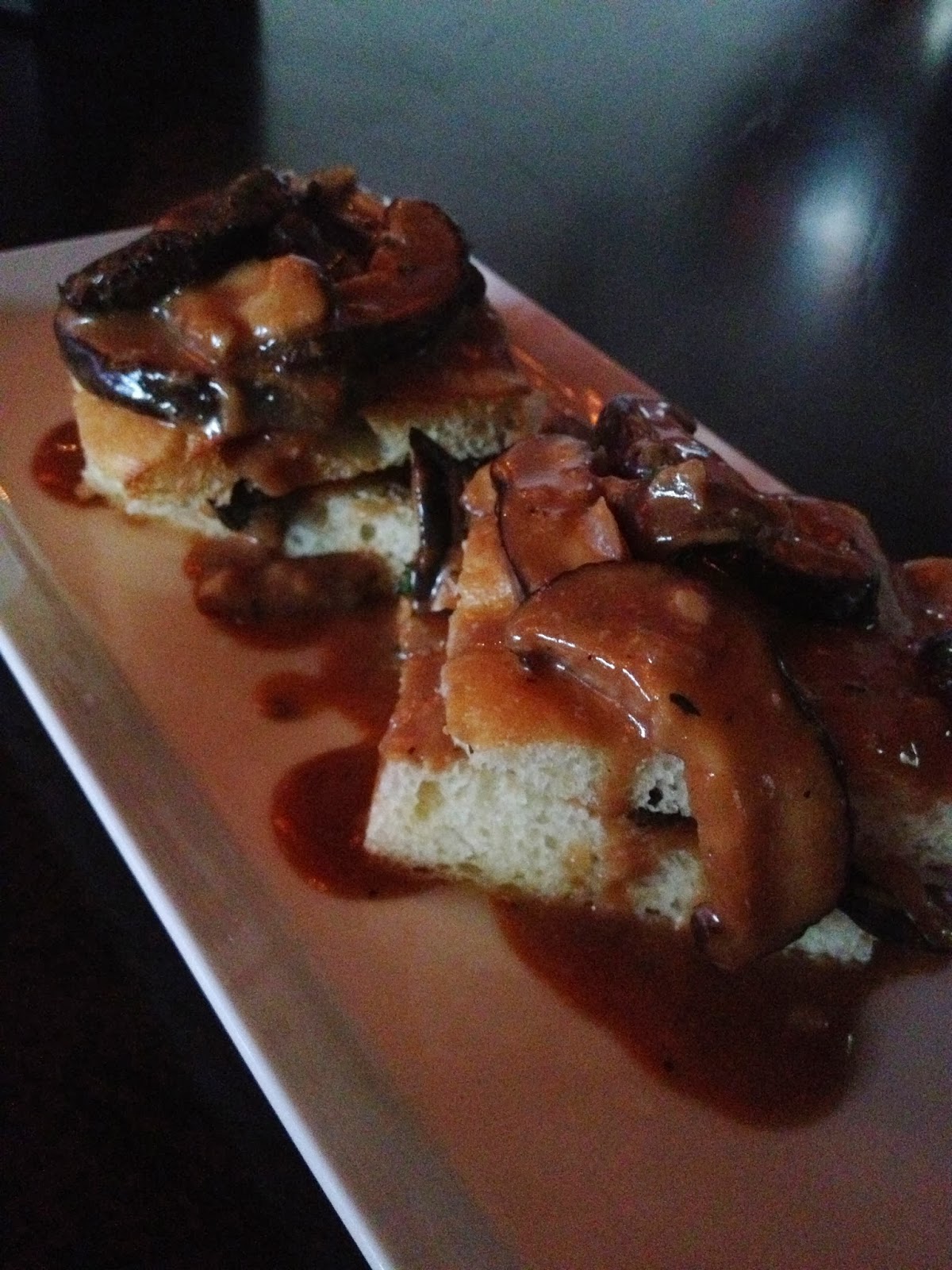 Excited to try the newest vegan restaurant in town, I went on opening night to sit at the bar and was turned away.  The hostess explained there was house seating only that night and no reservations available.  The next week, after calling first, I went back for my first taste.  With the bartender's help, I chose the Artichoke Oysters (artichoke puree, crispy oyster mushroom, yellow tomato bearnaise, and kelp caviar) and a gourmet take on biscuits and gravy that I don't see on the current dinner menu.  The oyster dish was delicate and unique, different for me because I've never tried the omnivore counterpart.  The biscuits and gravy was a sophisticated take on the hearty, comfort food dish, with savory, perfectly-prepared mushrooms covering foccaccia-like bread.  Such a treat.
The main reason I'd been so eager to try Crossroads, though, was the Kite Hill Cheese Plate.  The Kite Hill Cheese Plate that was not being served that night.  And so, despite my wonderful meal, I left feeling a bit disappointed that I hadn't tried this much-raved-about delicacy.
A few months later, I sent an e-mail to Kite Hill asking when the almond-and-macadamia-based cheeses would be available at the Whole Foods locations in LA.  Without a set date yet, they offered to send me samples, which I gratefully accepted.  And then I received another e-mail from Kite Hill asking if, instead of receiving samples in the mail, I'd like to meet Chef Tal at Crossroads for a special tasting, just the two of us.  Yes.
There was something very special about being allowed into the restaurant in the morning, many hours before it opened for dinner service.  The front of the house was vacant except for Executive Chef Scot Jones who was quietly working on his laptop at the bar.  Despite this calm, it was clear that the Crossroads kitchen had been buzzing with activity since long before I arrived.
Chef Scot cheerfully told me about the sunny lunch room that opened in July, serving weekday lunch with a menu of upscale sandwiches featuring the Kite Hill cheese.  These are the kind of sandwiches you'd expect to find at a bistro in France.  Perhaps you'd take said sandwich to the edge of the Seine to eat while watching the river flow.  The lunch room itself has a glass ceiling that bathes the room in light and opens to bring in fresh air.  It feels like a great place to have a lunch date.
It turned out that Chef Tal had an emergency to attend to that morning and Master Pastry Chef Serafina Magnussen kindly sat down with me to talk about the cheeses instead.  She and Chef Tal have been working together for 8 years, having met while she was in culinary school.  If you read Chef Tal's cookbook, The Conscious Cook, you'll find that Chef Serafina penned the dessert section.  My eyes grew wide when she told me she'd created a vegan croissant (these are available during lunch service) and was working on variations, including pain au chocolat.  I wonder if I could convince her to create a vegan angel food cake... 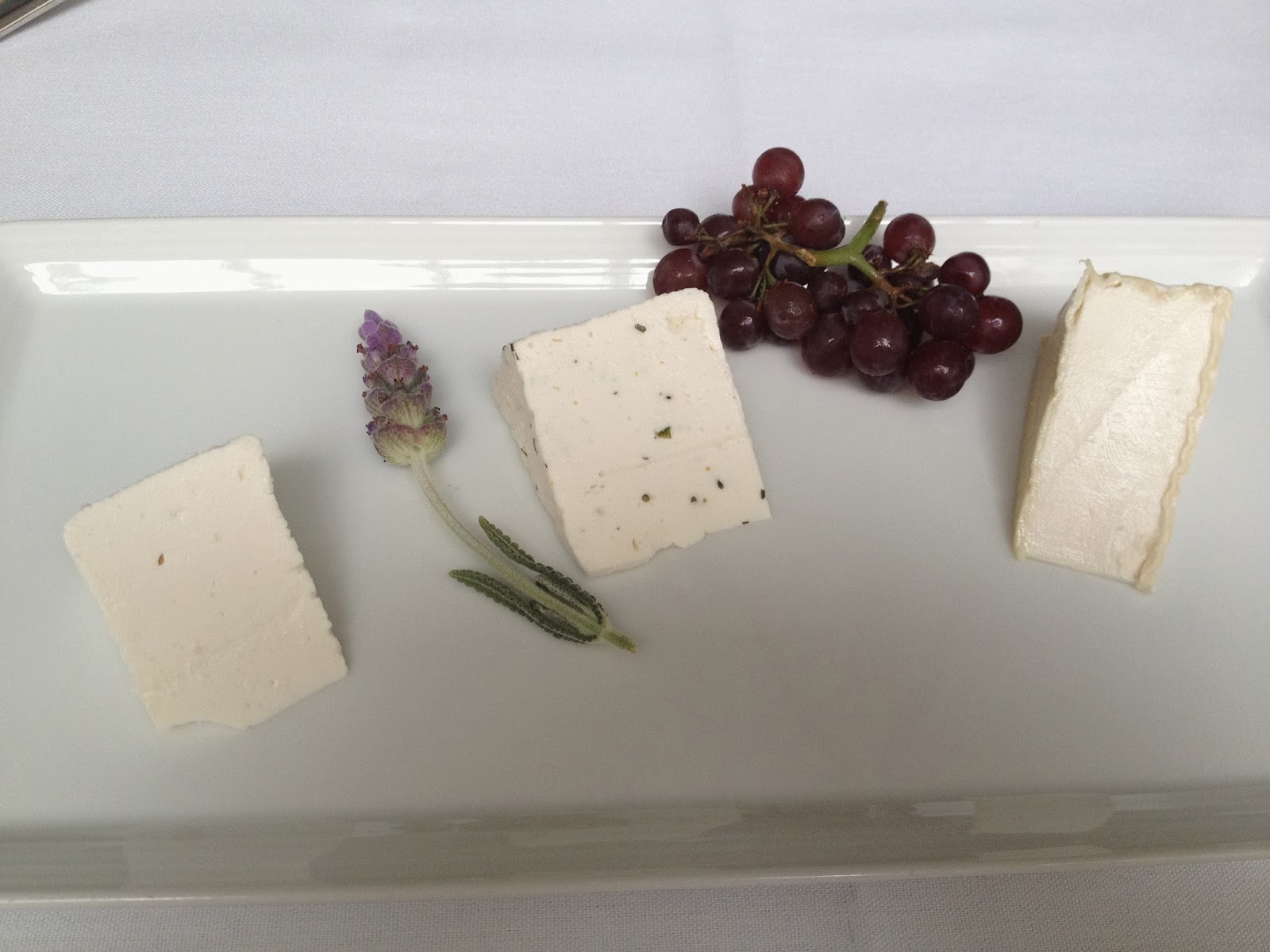 The Kite Hill cheeses I was treated to were:  Cassucio, Cassucio with truffle and dill, and White Alder, served with freshly-fired raisin walnut bread.  Chef Serafina described the Cassucio as a soft, fresh cheese akin to young goat cheese and the White Alder as an aged cheese with a rind, similar to Camembert and Brie.  Their textures were similar to each other and actually to firm silken tofu, able to be broken apart with a fork, marks from the tines left behind in the remaining wedge.  With sophisticated notes like truffle, these are special occasion cheeses to be served as part of a lovingly-plated cheese, cracker, and fruit assortment.  That's exactly how they are served at Crossroads.
It's clear that the Kite Hill cheeses have been a labor of love for the team made up of Chef Tal, a French fromagier, a food scientist, and a mechanical engineer, each of whom are dedicated to authenticity and innovation.  They tasted 27 varietals of almonds during the recipe formulation!  With this level of devotion to quality, these are cheeses to be savored. 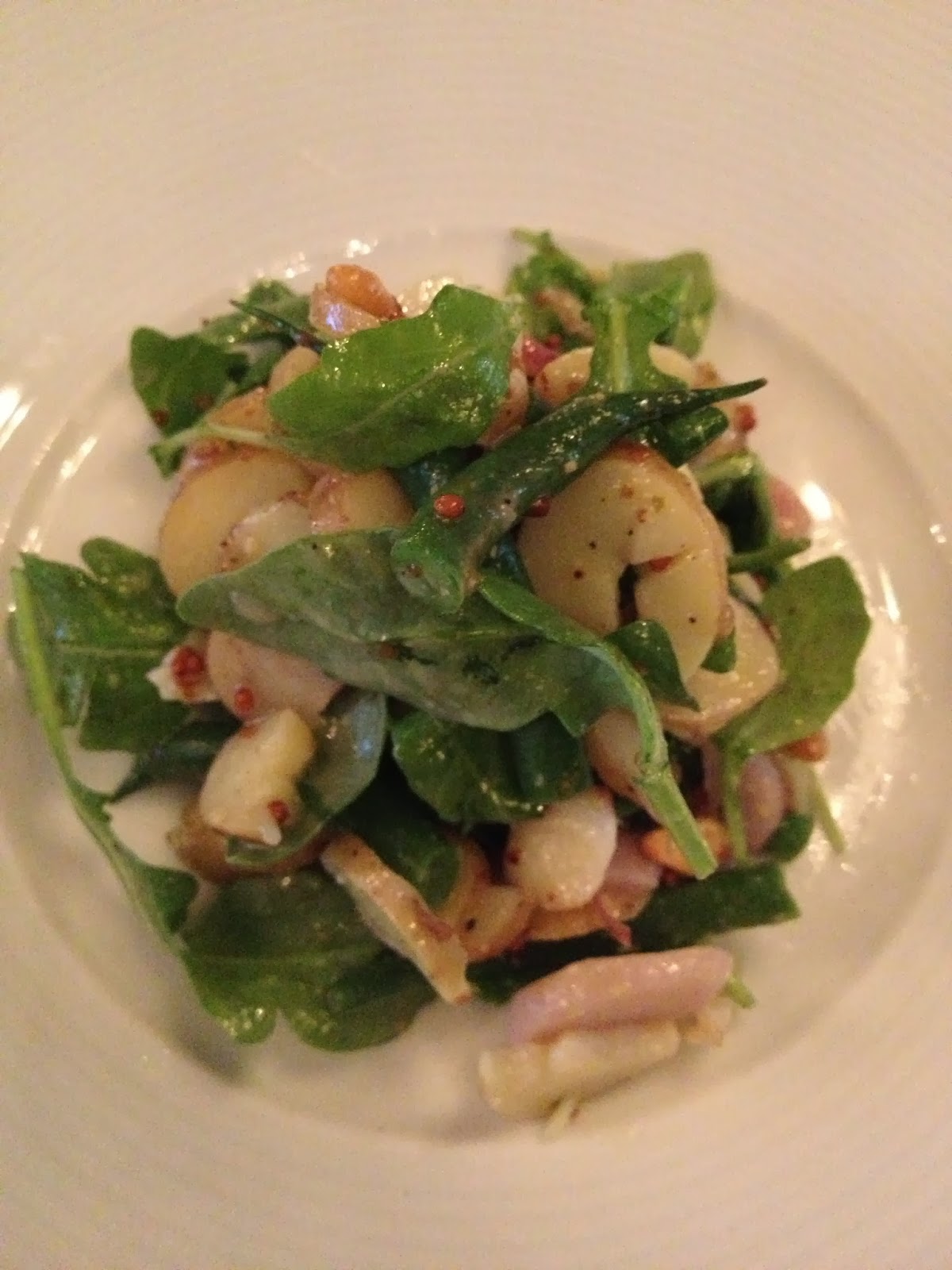 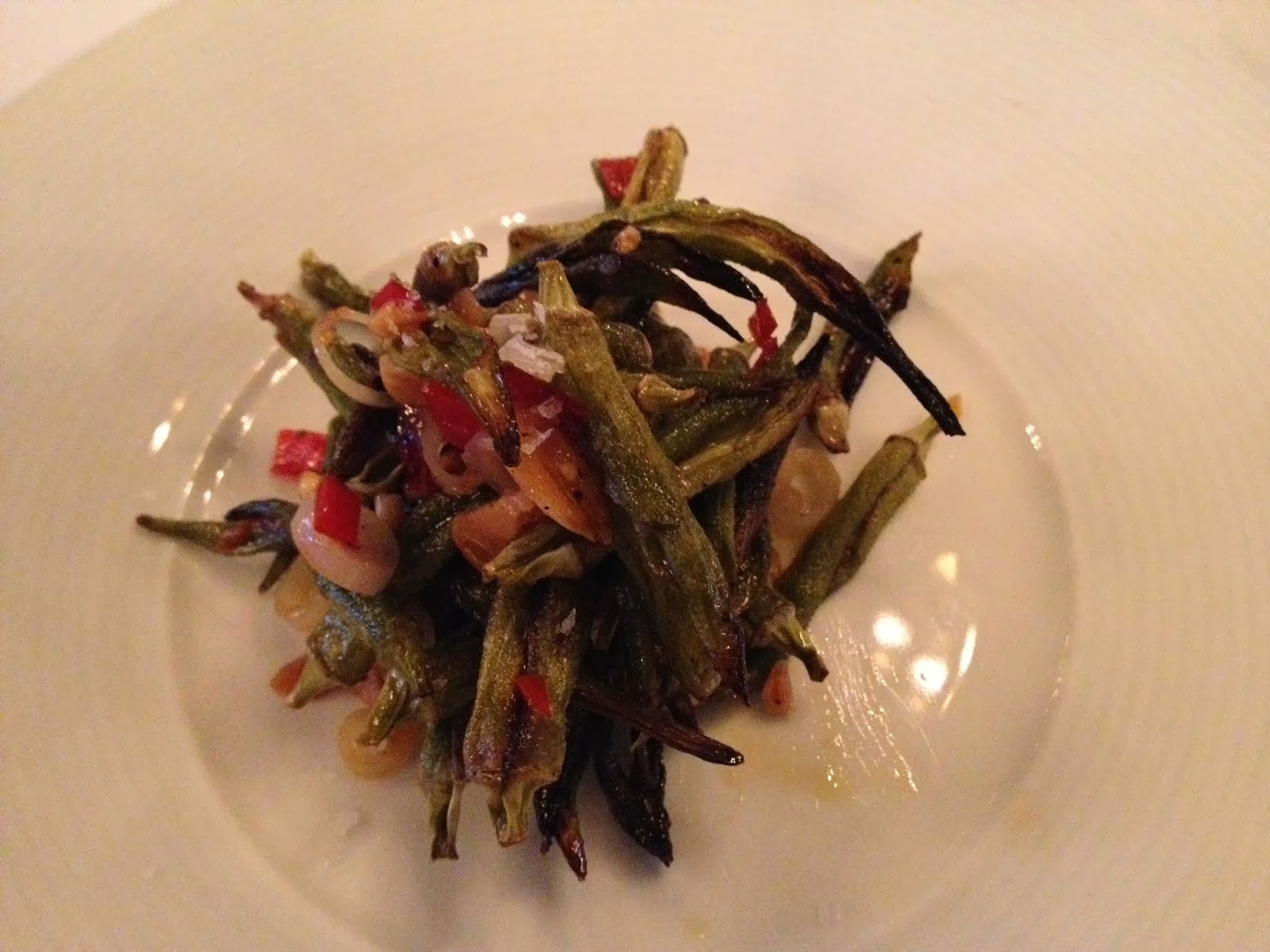 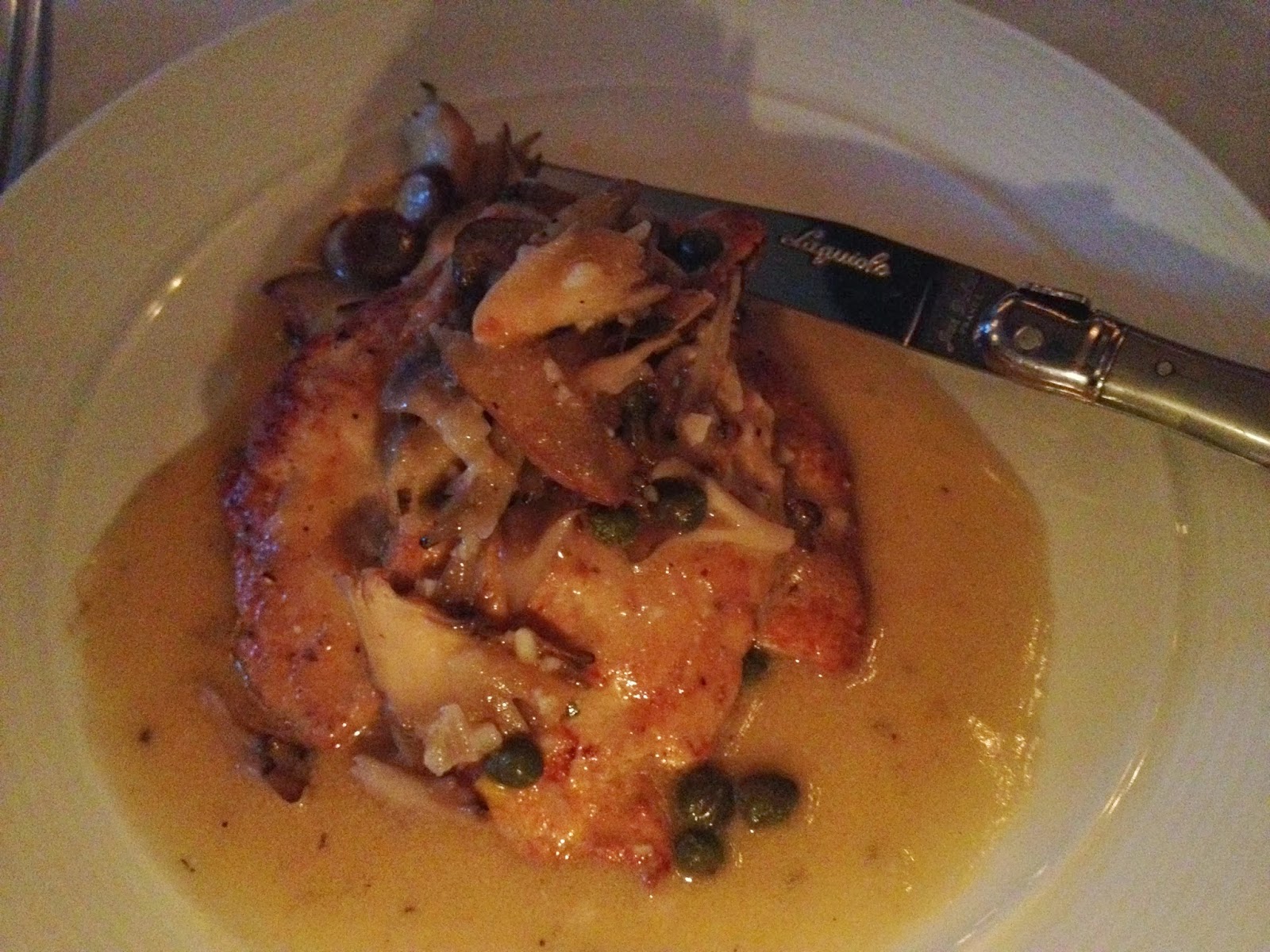 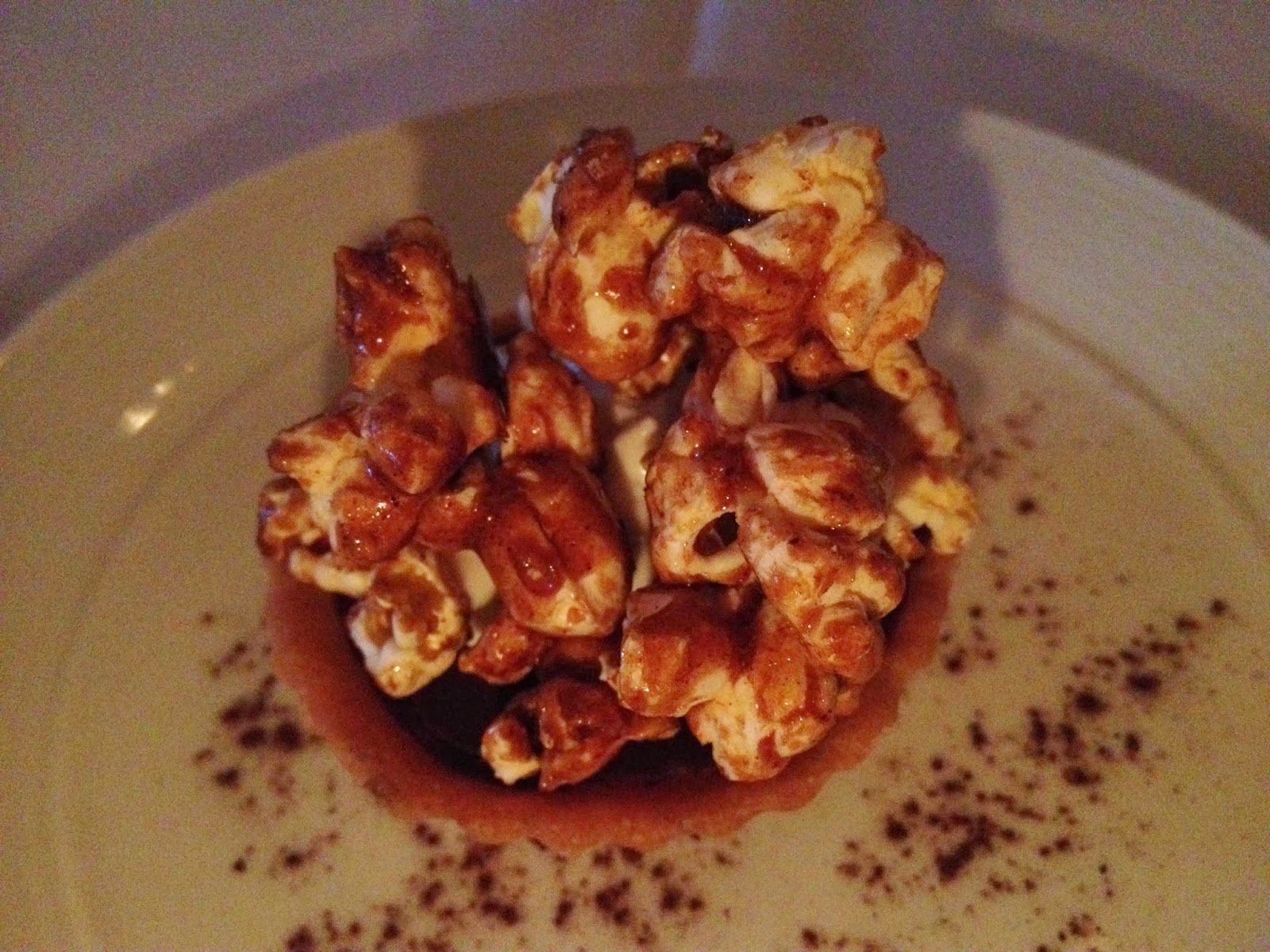 An evening not too long after, I recruited a dear friend to join me for Crossroads DineLA menu.  A city-wide event that happens a couple times a year, participating restaurants offer a multi-course meal for a fraction of its normal price.  We selected from two choices for each course, with my choices being the Pee Wee Potato Salad (haricot vert, baby arugula, toasted pine nuts, whole grain mustard, and tarragon vinaigrette), the most delectable okra dish imaginable called Wood Roasted Okra (okra, calabrese peppers, Marcona almonds, pickled ramps, Spanish sherry vinegar, and flaked sea salt), Scaloppini Picatta, which is one of Chef Tal's most famous creations, and a Chocolate Ganache Tartlet topped with spicy caramel popcorn.  My dining companion and I ordered the same dishes with the exception of the entree.  Hers was Pappardelle Bolognese with a beautifully-balanced sauce.  If I hadn't been thoroughly enjoying my Picatta, I would have wished I had an entire portion for myself!  What a delicious, thoughtful, and visually-stunning meal. 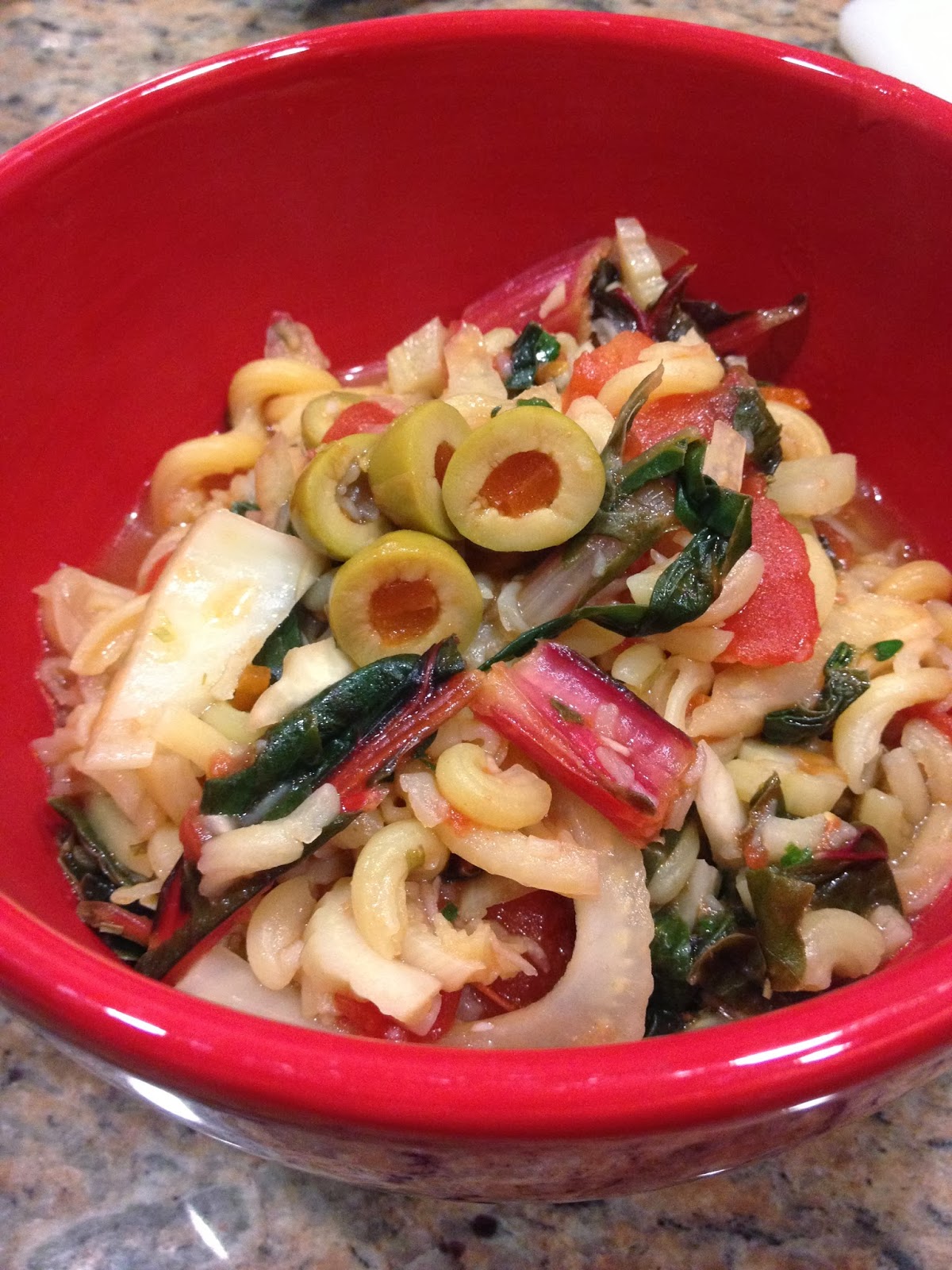 After all this impeccable Crossroads cuisine, I realized I'd never made a recipe from my autograhed copy of The Conscious Cook.  I pored over the book and settled on the Whole Wheat Penne with San Marzano Tomatoes.  It was a dish that I easily made on a work night and yet it yielded complex, rich results.  I need to spend more time cooking from this book.

Fortunately for all of us, some of the Crossroads recipes are available online, demonstrated by the chefs themselves.  Chef Tal's website features several recipe videos.  Chefs Scot and Serafina have appeared on a local LA news show with summer recipes, Chef Scot shared the recipe for Scaloppini with Marsala Glazed Morels on the same news show and taught how to make Scaloppini au Poivre on Queen Latifah's show this fall.  These three are beautifully representing vegan food in the mainstream media.

Crossroads is offering two prix fixe options on New Year's Eve for those who are fortunate enough to enjoy that experience.  I've heard that the Thanksgiving meal was incredible and the New Year's Eve menu looks phenomenal.  In February and March, the restaurant will be hosting Sunday Suppers featuring guest chefs, and I imagine much more excitement is being planned for 2014.  I can't wait to see what's next for this dedicated team.

Thank you so much, Chef Tal, Chef Scot, Chef Serafina, and Kite Hill.
Posted by Jenni (aka Vegyogini) at 11:37 PM No comments: