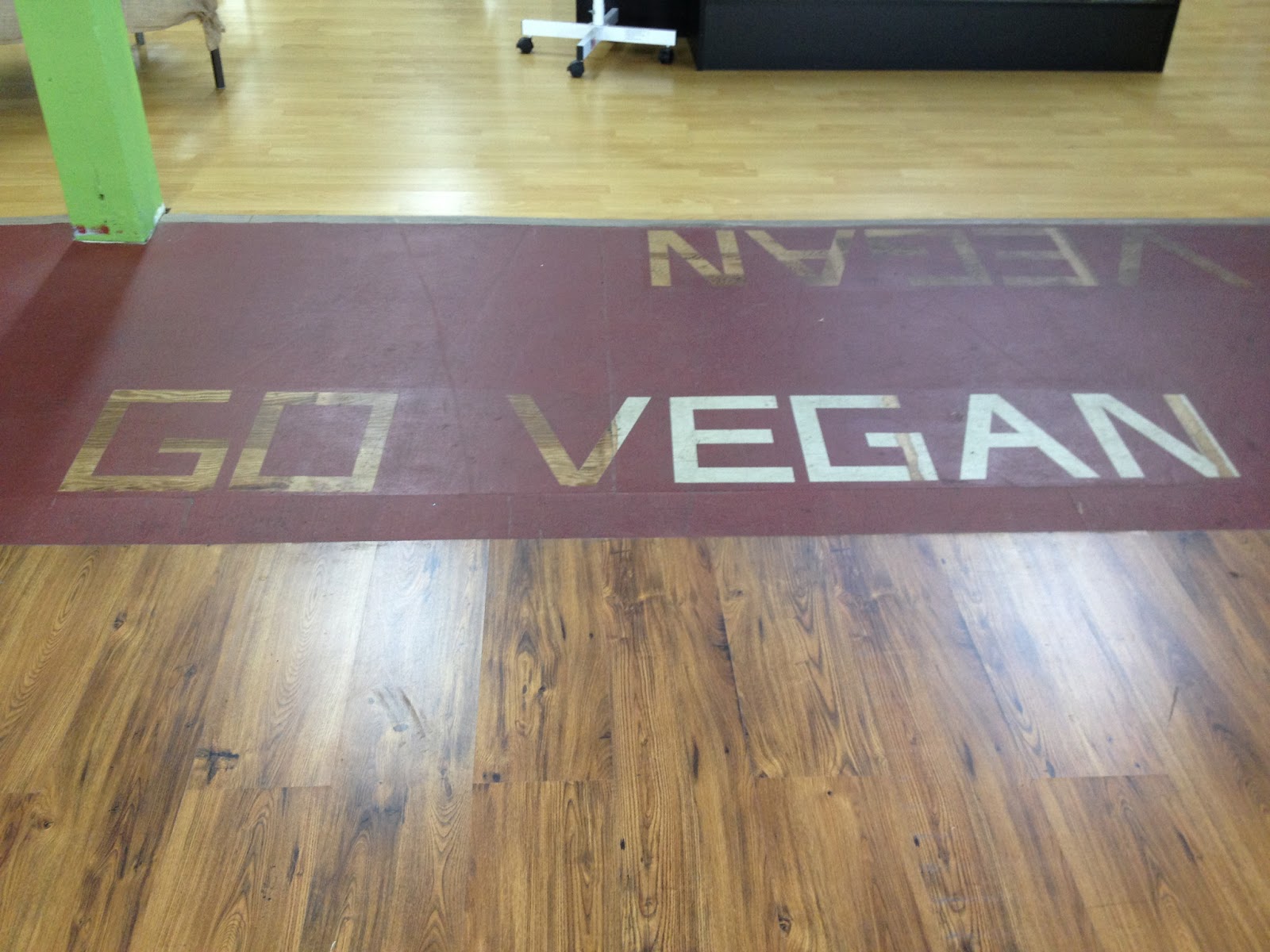 A couple Saturdays ago, Your Vegan Mom, her two sons, and I made the much-longer-than-necessary-due-to-horrible-traffic trek to Rancho Cucamonga, complete with frequent "When will we get there?" queries from the back seat.  One might wonder why we would drive so far east of Los Angeles and it's an excellent question.  It just so happens that, nestled in this suburb where not much else exists of interest other than the minor league baseball team the Cucamonga Quakes, lies the only all-vegan grocery store anywhere remotely near Los Angeles.  Viva La Vegan has been open for a year or two and neither YVM nor I had visited yet. 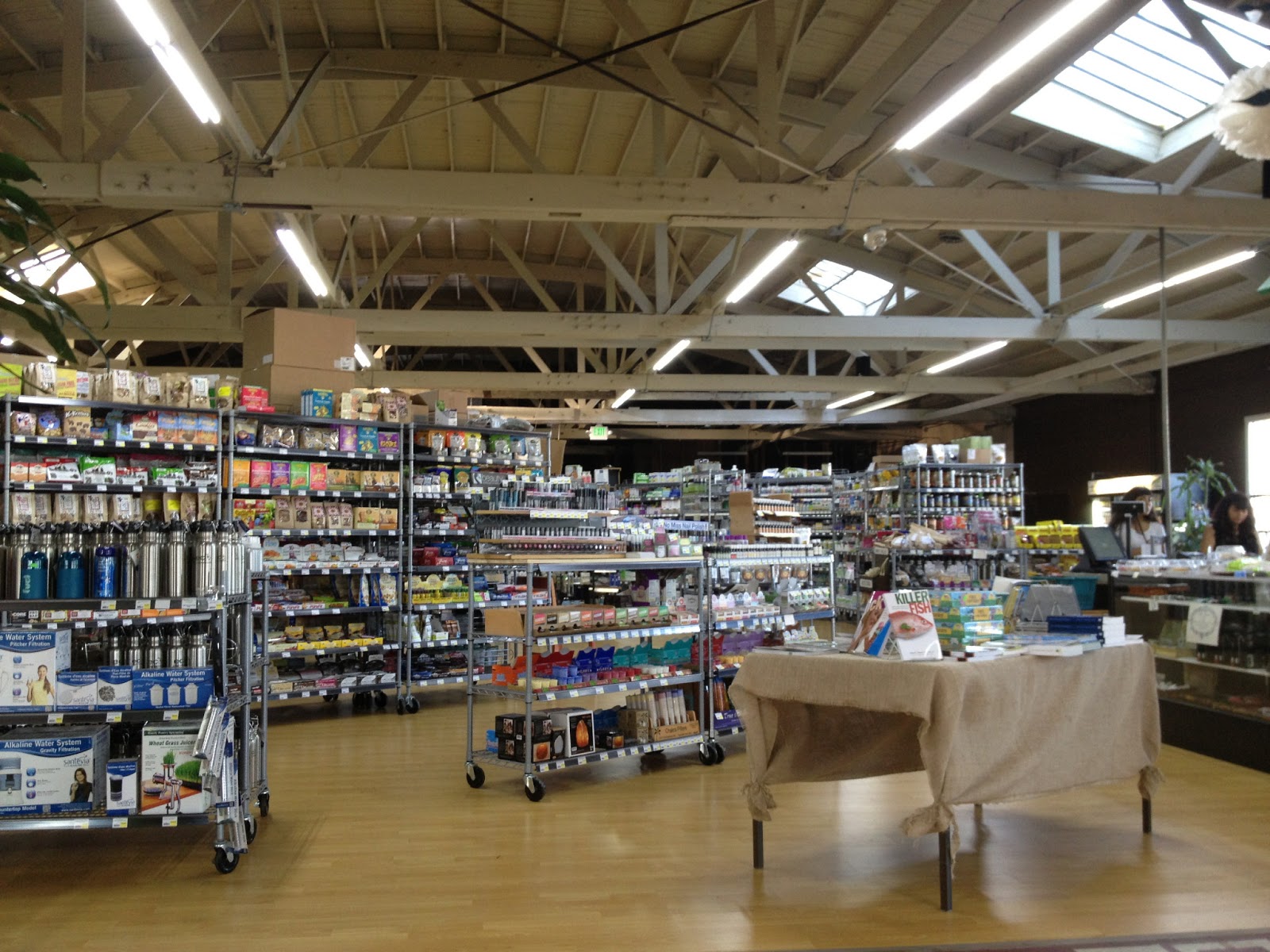 Our first order of business when we finally arrived after 6 pm was to get food and a beverage for the boys.  They settled on mac and cheese, raspberry limeade, Let's Do Organic gummi bears, and a precious taste of a rare vegan and gluten-free macaron by Feel Good Desserts (bonus, it's a local LA company!).  The little restaurant inside the store had closed early in order to prepare for their weekly Sunday brunch, but the chef was kind enough to heat the mac and cheese for us.  I enjoyed my bite and the boys eagerly devoured the rest.  The jury was out on the gummi bears with the older declaring them too sweet, while the younger asked for everyone's leftovers.  The highlight was the tiny taste of macaron we each had, while YVM explained that they are rare and precious and meant to be savored. 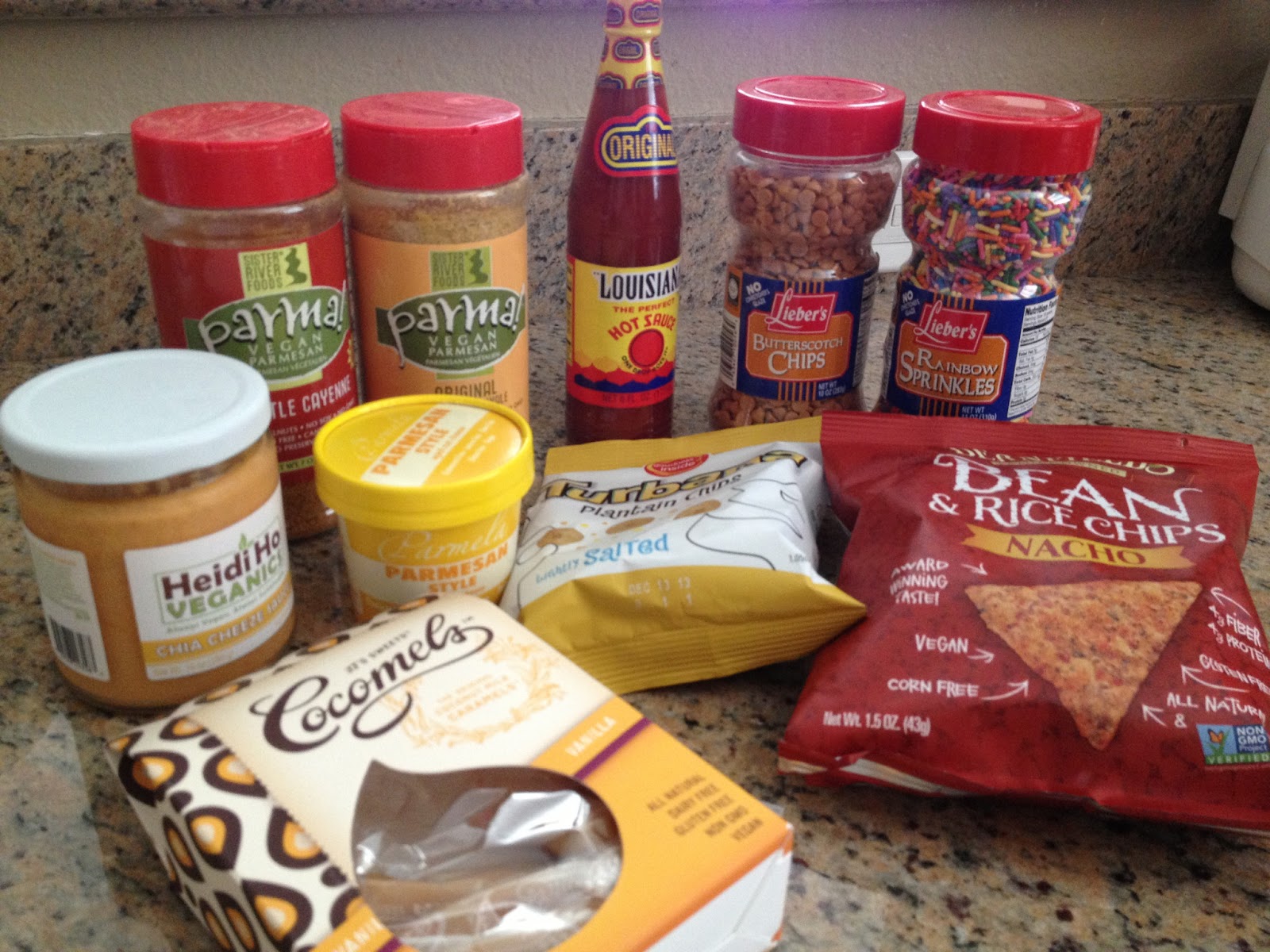 After the boys' bellies were full, we were off to explore the shelves, intent on finding what isn't readily available to us at our stores in LA.  I brought home several varieties of vegan cheese by Heidi Ho Organics, Parma, and Parmela, butterscotch chips and rainbow sprinkles, JJ's Cocomels, BBQ seitan in a ready-to-go refrigerated container, a lunch-size bag of Beanfields nacho chips (I was intrigued after seeing these show up in the blog accounts of this year's Vida Vegan Con gift bags, plantain chips, hot sauce, and, of course, those rare and precious macarons.  We also found Soy Curls, Beyond Meat in serious $30+ bulk packages, frozen pizzas with various toppings, corn dogs, date caramel sauce, two brands of donuts, more Hurraw varieties than I knew existed, as well as all the Crazy Rumors options, multiple types of vegan bacon, and a beautiful produce section. 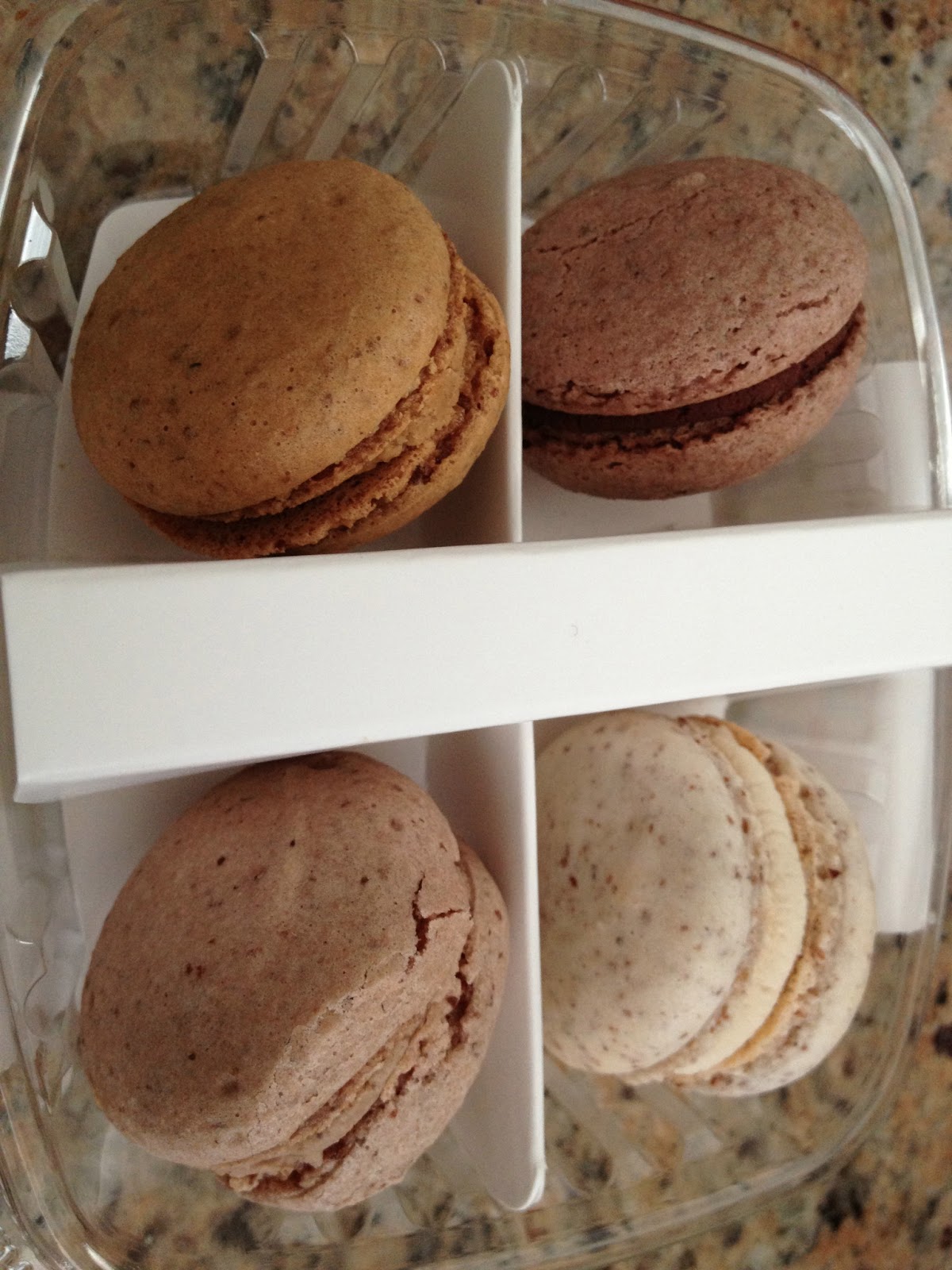 A bit of back story on macarons and our attachment to them:  YVM and I first met while living in Toulouse, France for our junior year abroad.  We were part of a circle of friends who had monthly dinners that rotated between our apartments.  YVM was already vegetarian.  I was almost there, but didn't make the full transition for another year after leaving France.  Macarons weren't at the forefront back then or I probably would have tried one of the monochromatic and beautiful treats.  Then, a year or so ago, I bought a French vegan baking cookbook and YVM and I set to the task of making macarons at her house.  The recipe was a total dud and, even though Hannah published a recipe in Vegan Desserts that is likely perfect, neither one of us has attempted it yet.  Hence, the holy grail-type status of these lovely vegan and gluten-free macarons from Viva La Vegan.  I bought my own box and slowly savored them for a week or so.
While perusing the aisles, we ran into one of the owners of Viva La Vegan and I stopped to chat with him to get the scoop on the store.  I asked why he chose Rancho Cucamonga, of all places, and he replied that he had the space (which is huge) and figured that if he could make it work there, he could certainly make it work in LA.  Which leads me to the news that he is in the process of opening the first store (he says of several) in the Venice/Culver City-adjacent area of LA in about three months.  The Rancho Cucamonga store carries 6000 items and the LA store is slated to carry 7000.  I was quite relieved to hear this considering that this store is 50 miles from my home.  It was also helpful to know I didn't need to buy absolutely everything I wanted because I'll have a chance in a few months to shop in LA.  This is going to make a lot of LA vegans very happy.  As YVM said, Viva La Vegan, indeed!
Posted by Jenni (aka Vegyogini) at 9:52 PM 2 comments: