According to Chloe Coscarelli's Facebook page, today is her 25th birthday.  In honor of her reaching the quarter-century mark, I bring you this post about a birthday dinner I made for someone in my life a few weeks ago.

I perused many cookbooks and many recipes to choose the perfect birthday meal and the end result was a three-part meal I created from Chloe's Kitchen.

For dinner, we had Garlicky Greens and Penne alla Vodka.  I omitted the garlic from the greens this time because the pasta also contained garlic.  The greens were wonderful, with a little heat from red pepper flakes, and the brightness of fresh lemon juice.  The pasta was incredibly delicious; I had never eaten penne alla vodka before and I loved the creamy, tangy sauce. 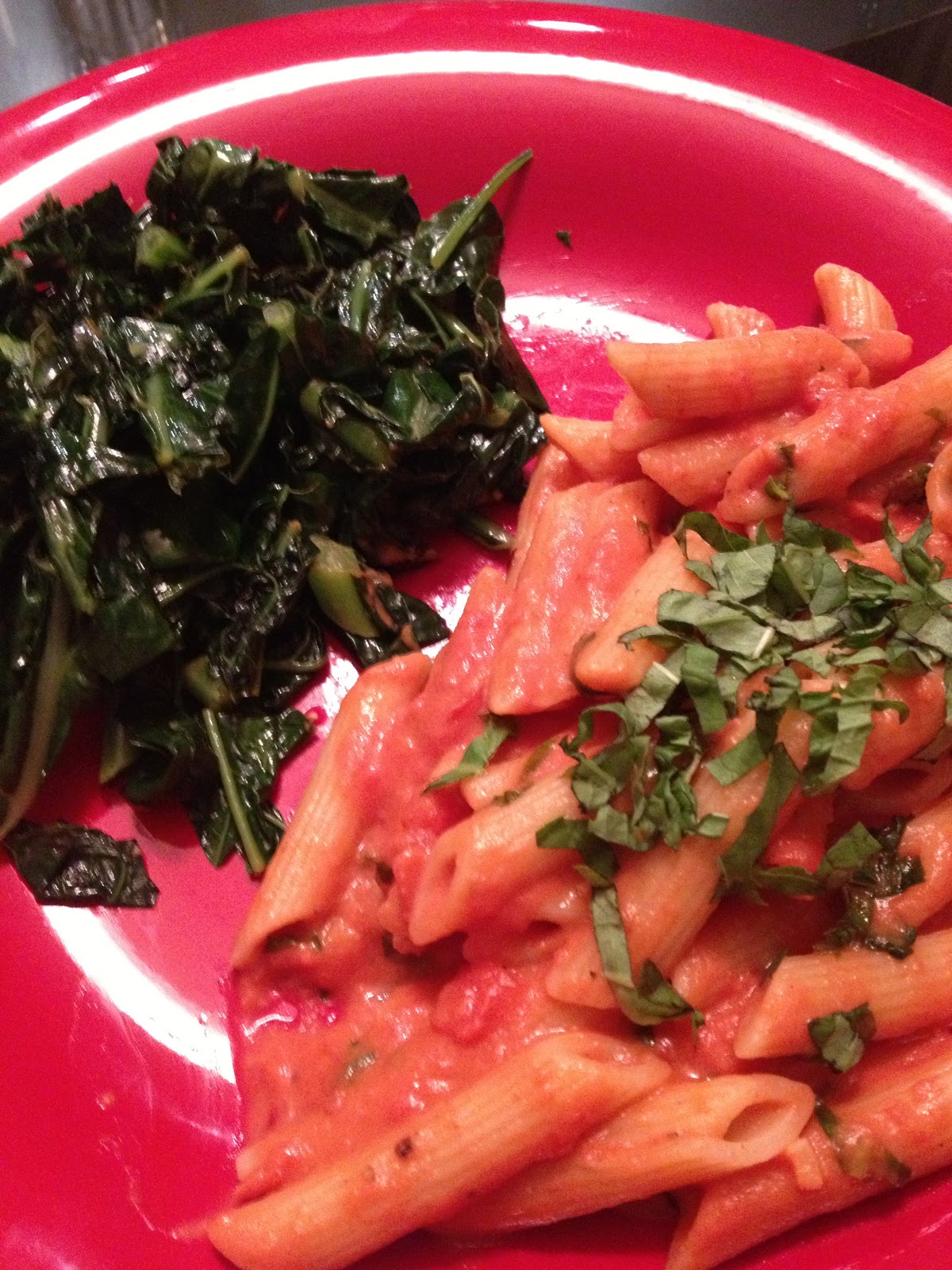 Dessert was Chocolate Molten Lava Cakes.  I was surprised that a dessert so decadent was so easy to make.  I very quickly whipped up the batter and arranged it in ramekins before making dinner, then popped them in the oven while we were watching a movie.  One of the best aspects of this recipe is that the prepared ramekins will keep in the freezer for up to a month, so even though I only made two cakes that night, four more could be waiting in the freezer for a nearly instant dessert next time I have company.  Fantastic! 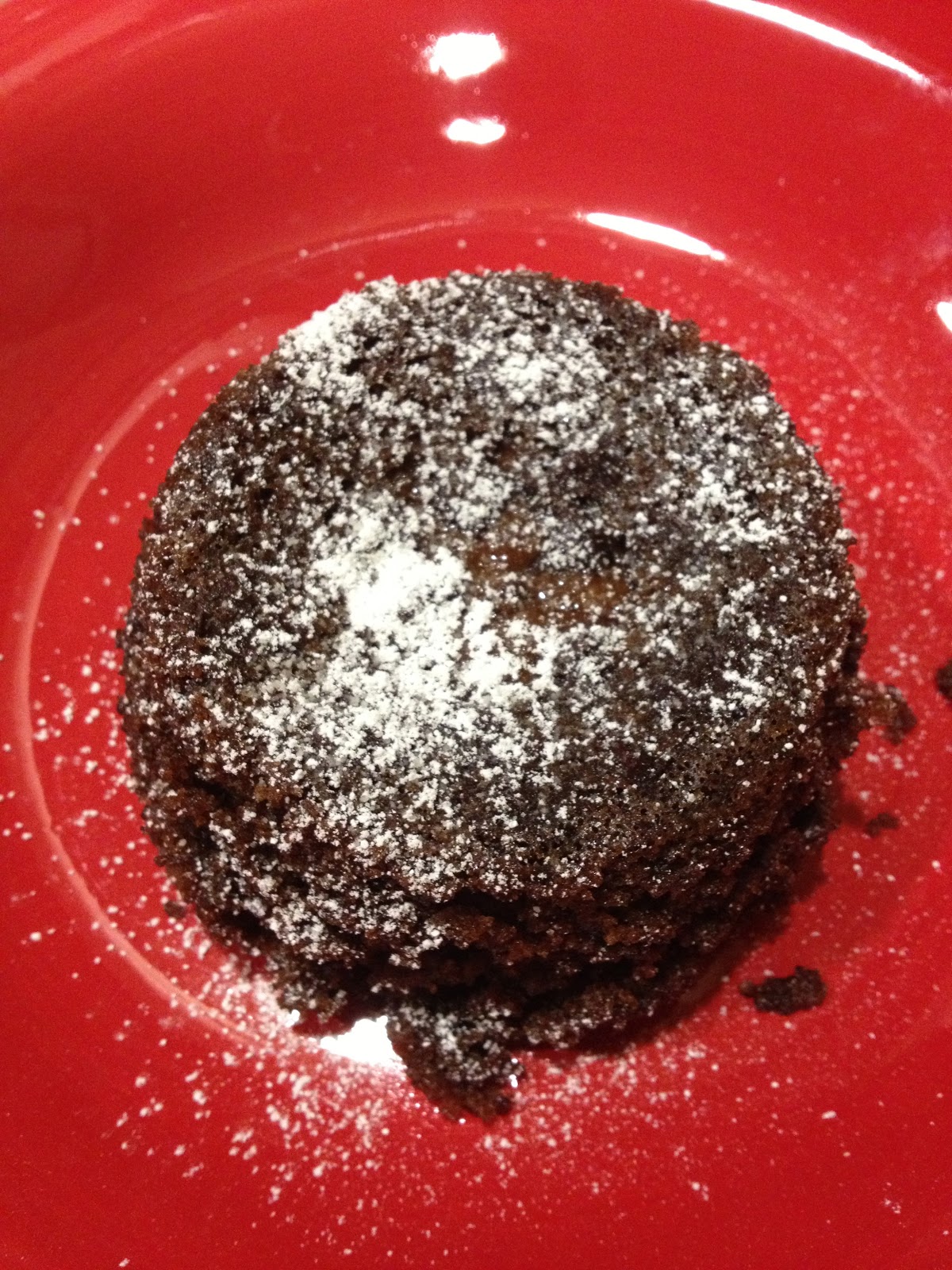 I have many other recipes bookmarked to make in Chloe's Kitchen.  There is a nice variety, the book structure is well-organized, the photos of the food are lovely, and the ingredients are easy to find.  Chloe also writes with an exuberant voice and her enthusiasm for food is evident.

Chloe has managed a feat I haven't seen another vegan cookbook author achieve yet:  international publicity.  Her father is a filmmaker and (I am making a huge assumption here and I could be absolutely incorrect) I am assuming he has been able to get her access to a great agent/manager team.  Her sweet-as-pie personality, youthful beauty, and the fact that she was the first vegan baker to win on Cupcake Wars likely add to her on-screen appeal.  Bravo to Chloe for being able to break the barrier and for bringing vegan cuisine and cookbooks to a much larger audience.  Some of her media appearances can be seen here:

Makeover Your Meals with Chloe Coscarelli

She also appeared on VH1, CNBC, The Talk, and ABC 7 in San Francisco, and made a recent television appearance in Canada.

I also have a funny small-world-LA story about Chloe.  Around four or five years ago, I took a Spork Foods cooking class and a Madeleine Bistro cooking class with Chloe's mom (who is also prominently featured in Chloe's Kitchen).  Chloe was away at college at the time and was adding vegan recipes to her arsenal so she could cook for Chloe when she was home on school breaks.  Little did either of us know that Chloe would write and publish a cookbook and go on to be a highly-visible vegan ambassador!