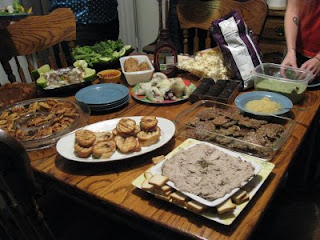 It's true that I have many things on my figurative plate right now and I should be working on getting them done. However, last night was so amazing that I wanted to share with you as soon as possible. You see, Your Vegan Mom, Foodeater, and I decided to co-host an L.A. vegan blogger potluck at my house. Here's a break-down of who was there and what they brought (I apologize if I didn't properly describe your contribution and/or got something else wrong!):

Your Vegan Mom and her husband: Pear-ginger cocktails

Foodeater: Thai appetizers made of rice, peanuts, and taro root and rice (I think), banana, and black beans (these resembled tamales)

Sunny of Vegan Beauty Review and her husband: So Delicious ice cream and popcorn

Liz of Yo Soy: Pate from Veganomicon with tiny toasts

Alix of Cute and Delicious and her boyfriend: Mini panini filled with white bean spread, mushrooms, and (I think) spinach

Lex of Vegan-LA.com and his girlfriend: Baked or broiled (I forgot to ask their method) ravioli with marinara dipping sauce

I made Twice Spiced Ginger Cookies from the upcoming Sweet Freedom cookbook: 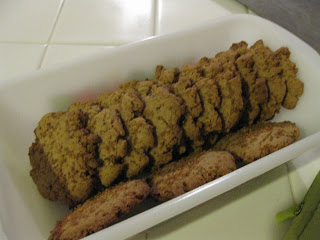 and Potato-Parsnip Latkes (oil-free!) that I adapted* from The Candle Cafe Cookbook's Mini Potato Latkes recipe: 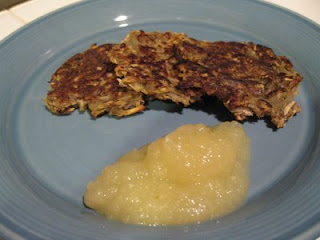 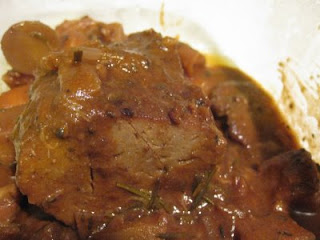 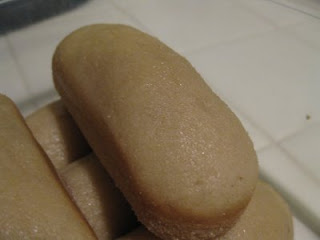 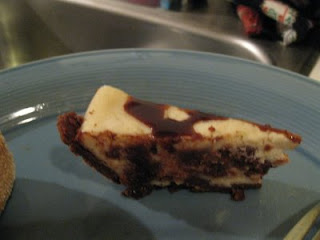 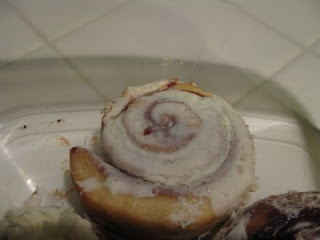 I can hardly wait until next time!

* I omitted the onion and substituted 2 large parsnips, added 1 teaspoon of sage, went with the applesauce rather than flax egg option, used spelt flour, and made them on my non-stick electric griddle. My mix started to pool liquid, so I strained it again part-way through the prep time and just left the mix in the colander instead of in a bowl. These are probably the first latkes I've ever liked!
Posted by Jenni (aka Vegyogini) at 8:24 PM

This looks like fun! I'm sure you had a great time. And I'm jeeeeeealous!

That is so super-cool! I wish I could round up a vegan posse and have me a little vegan potluck! Everything looks délicieux!

Awesome! All teh food looks so great and I am definitely jealous of the get together!

I can't believe I ate cilantro dip and liked it! I am an avid member of the "I Hate Cilantro" (http://www.ihatecilantro.com/) community!

I'm always envious of vegan potlucks! It all looks incredible!

Thanks for organizing this and hosting! It was so much fun. Super tasty too. Can't wait till next time.

Everything looked delish ma belle! Including u! I wish I could've been there.

I'm getting hungry again just looking at the pictures!

I apparently missed out on half the food because I was talking too much!!!

Most of the Toasted Raviolis were done under the broiler and a few (the good ones) were done in the toaster oven :) but no added oil / and fat free sauce, too!

Man, I want a vegan potluck. That all looks super delicious.

What an awesome feast! Everything looks so good, it looks like you had a great time! Your Ginger Cookies are so pretty!

OMG i didn't know who made the latkes!!! those were so good.

all the food was amazing. i think alix should be a pro panini maker.

oh god and that brisket. YUM.

it was such a wonderful time, i can't thank you enough for hosting it.

That sounds like an awesome get-together! I'm dying to set something like that up in my area...

I love the pic with all of the food in it - yum!

Yet again, I feel like I'm on the wrong coast... What an amazing potluck!

Wow, everything sounds SO amazing!

Once again, I wanna be in Cali! But finally, we're having a potluck in Dallas, so I can stop bein jealous!

How fun. All of that food looks amazing. I would love to have a vegan blogger potluck here but I think I might be the only Nashville vegan blogger. Sadness.

What an awesome potluck! The food looks amazing... and what fun to hang out with LA vegan bloggers...